The Indigenous Peoples Committee works for social justice and human rights for Native Peoples. We promote the necessity of Indigenous wisdom for human survival in balance with the environment. We organize educational and cultural events publicizing Native struggles, including Indigenous Peoples Day Powwow and Indian Market annually on the Saturday nearest October 12th. 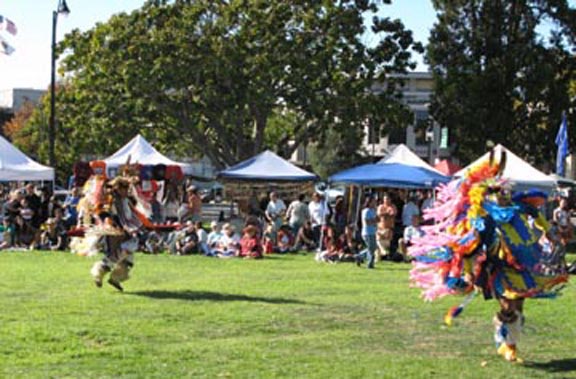 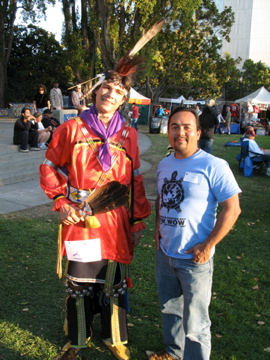 The Indigenous Peoples Day Committee is a organization of Native and non-Native peoples, formed to support struggles of Indigenous peoples.

We work to foster social justice for Native Peoples as an essential ingredient for any positive social progress in this hemisphere; to empower our constituencies to be an instrument of positive social change affecting the policies of the US and other governments and non-governmental organizations toward Native Nations.

We work to expel stereotypes and promote new understandings about and among Indigenous Peoples; we support Native expressions of their human rights against colonialism and imperialism.

We work to affirm the continuation of tribal societies and values, educating the public on the necessity of Native wisdom for human survival of this planet, stressing the symbiotic nature of all peoples and the environment.

We work to assist Native peoples today through an annual commemoration of the enormous Indigenous contributions to the world, publicizing the history and present state of Native struggles for survival.

We work to reverse the historical human rights violations against the Indigenous peoples of this hemisphere; to bring sovereignty issues, recognition of religious expression and environmental issues into a new forum where the Native community can interface with majority community institutions to reach constructive solutions.

We organize events throughout the year, including Indigenous Peoples Day annually on the closest weekend to October 12th. Our group is continuing the work of the Berkeley Resistance 500 Task Force, which was set up in 1992 by the Peace and Justice Commission and City Council of the City of Berkeley to propose and implement activities for the 500 year commemoration. 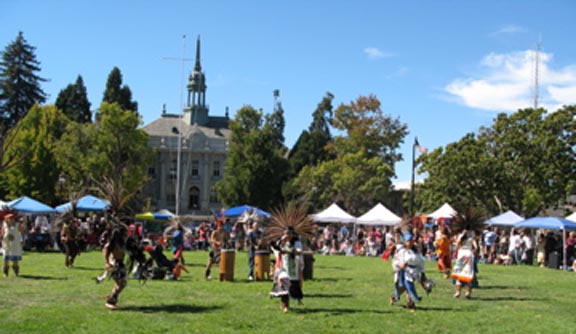 Millie Ketcheschawno
Life of an Activist, a founder of Indigenous Peoples Day